History of the village of Tsihisjvari

To 1832 r. Tsikhisdjvari settled Georgians and Ossetians. The Russian government pursued a policy of Russification Georgia and for this purpose evicted from Tsikhisdjvari all residents - Georgian in Imereti, Ossetian in Tskhinvali. IN Tsikhisdjvari were forcibly resettled from Of Ukraine of Poltava areas 5000 shower (1832). Ukrainians rode carts, walked along Georgian Military Highway and got to Borjomi in November of the same year, exactly through 6 months. The settlers were also settled in Bakuriani, Tori, Cagveri and Sadgers. New settlers built their houses in Ukrainian (houses, whitewashed them inside and out and covered them with thatch. New settlers lived in difficult conditions, bread was not born, there was no delivery due to off-road. FROM 1844 — 1854 the governor of the Russian tsar in the Caucasus was Mikhail Semyonovich Vorontsov. This is how they lived until 1855 of the year, this year was very rainy, it rained for two months. And the huts began to flow and from these rains and poor nutrition an epidemic occurred typhus. Whole families died out, there was no one to bury them. The survivors left their homes and drove back to Poltava, in Tsikhisdjvari there are only two families left - Manuf and Naumenko, they had a lot of bees and for their sake they stayed.

By Paris Peace Treaty (from 18.03.1856 of the year) Great powers took over the patronage of Turkish Christians and gave them the opportunity to move to Russia and to other Christian countries. According to this treatise, Russian troops withdrew to the old borders. With the withdrawal, the Christian population with their families followed the troops in the direction of Russia. At the Russian-Turkish border, Turkish troops plundered Greek refugees.

1) Naked and Hungry Refugees Greeks with their families became beggars, asked for alms and gradually moved towards the city Akhalkalaki. IN 1857 winter in the village Barallets. In the spring 1858 r. they moved to the side Kartli with their families. Together there were garyakhti - Papalazarov Ivan, Onufry Onufriadi and Papalavrentiev. When they climbed to the top of the mountain Chra-Charo, we saw a village at the foot of the mountain, they were delighted and decided to go to this village to spend the night, beg and move on, not knowing the name of the village. Going down to the village, present Tsikhisdjvari , walked through it, and surprisingly it turned out that all the houses are empty, without tenants. At that moment we heard the barking of dogs at the edge of the village, went in that direction and saw a gray-haired - bearded old man, remaining in the village Ukrainian Manufa. He asked, who are they, but not knowing the Russian language, they were baptized and thus made it known that they Christians. Old man Manuf I was glad that I saw Christian, fed them and told them to move in these empty houses. Unhappy refugees gladly accepted this offer, and the first three families settled in these houses. All these houses were on the left side of the river. Borjomula, around Fortresses. Fortress this then had two hills, and on one hill was Hot-tempered cross, two meters high. From this the village got its name. Tsikhisdjvari means Fortress from Cross. On the right side of the river there was a dense forest and not a single house. At the place where the house stands Grammatopoulo Leonty there was a swamp from where the mineral sulfur water came out. There, according to father's stories, chamois and deer went down to the watering hole every day, and drank water. They are, never seen such animals, hid from fear. Towards where the cemetery is now, above them where the houses are located Grammatopulo Leonty Ieremiyevich, Ivanova Pavel, Sevastova Matvey and Sevastova Irakli there was a cemetery of former residents Ukrainians, a whole forest of wooden Crosses, over a thousand. This proves the words Pashchenko Konstantin, that from typhoid more died 2/3 population, which made the survivors leave their homes and return to Ukraine. New tenants let their refugee neighbors know, who wandered through different villages Georgia so that they move to Tsikhisdjvari and thus formed 9 farms from new tenants, namely:

The first tenants with. Tsikhisdjvari :

To 1861 no one knew about them for a year, as Borjomi then it was not, and the nearest superiors were in g. It burns, and they never walked these deserted places. IN 1861 r. there was a general population census Russian Empire. The commission then came to Tsikhisdjvari and seeing these new tenants asked them and found out what they want to accept Russian citizenship. Then wrote them down, but changed their names. When asked for my grandfather's name, he replied Jane - recorded Ivan, surname, he replied Sevastis (thinking that they are asking “whose son?"- the commission wrote down Sevastov. So it was with others. Everyone was given Russians surnames - on behalf of the fathers. Old old-timers, Manuf and Naumchenko, lived with the Greeks 5-6 years and after they moved to Abastumani.

Through 2 of the year, namely in 1860 year, these new settlers, beggars, thought about the education of their children, hired one refugee, built a hut and began to teach their children to read and write. The first 5-6 for years the new settlers did not have any household, no cattle, but only went to the villages Gori district and asked for alms and this existed. Then they acquired livestock, began to engage in timber harvesting and deliver it to Borjomi, where then the city was built. Learning about the existence of the village Tsikhisdjvari , new refugees began to move to the village. IN 1872 year they became 32 farms. In the same year, the construction of the foundation began. Churches, as well as schools, which is currently under the club. More 40 years, peasants at their own expense hired teachers and maintained the school and taught up to 3 grades. The lessons were taught by two teachers in Greek and only in 1896 year the Russian government appointed one teacher at the expense of the government and introduced the Russian language.

Note: “I wrote down from the words of my father Yakov and uncle Murat (eyewitnesses).» 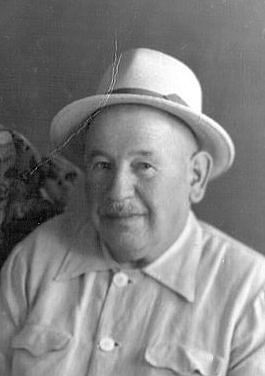